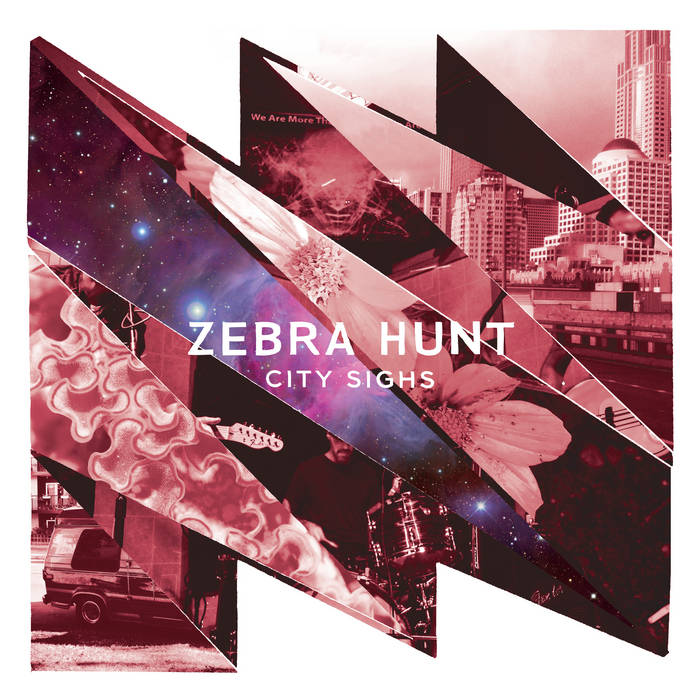 Europe and everyone else order from tenoriocotobade.bandcamp.com/album/city-sighs

Within three months of forming, the band recorded what would ultimately become their first EP, ‘Beaches’, released by Manic Pop in 2013. This was quickly followed by a single, ‘Only Way Out’ / 'Get Along', on Tenorio Cotobade later that year. Since then it’s been a US West Coast tour and a stream of shows supporting bands such as Twerps, Bleeding Rainbow, Woolen Men, Allo Darlin’ and Eternal Summers.

Zebra Hunt continues to partner with Tenorio Cotobade for their debut LP, “City Sighs”. It features twelve straightforward and infectious songs. ‘Half Right’ and ‘Beaches Of LA’ are from the now out of print first EP, while all other tracks are brand new recordings that were arranged and refined from a steady diet of live shows. Mercer’s songs, referencing the complexity of personal relationships, are delivered by the band with a combination of heartfelt sentiment and unkempt, garaged-up musicality. And not unlike their heroes The Clean, they embrace that unique, economically pure sound of a three-piece band with few overdubs.

The tracks on "City Sighs" range from nervy jangle (‘Delaware’, ‘Already There’), gentle psych (‘Beaches Of LA’), driving garage pop (‘20 Ways To Belong’, ‘Call It Off’) and post-punk, drone leanings (‘Set It Aside’), to languid and dreamy slow burners (‘Isle Of Songs’, ‘Always’).

"City Sighs" documents a band coming into its own while maintaining the enthusiasm and freshness of a new endeavor.

Bandcamp Daily  your guide to the world of Bandcamp

Interviews With Butcher Brown and Slauson Malone, plus LP of the week by SAULT.