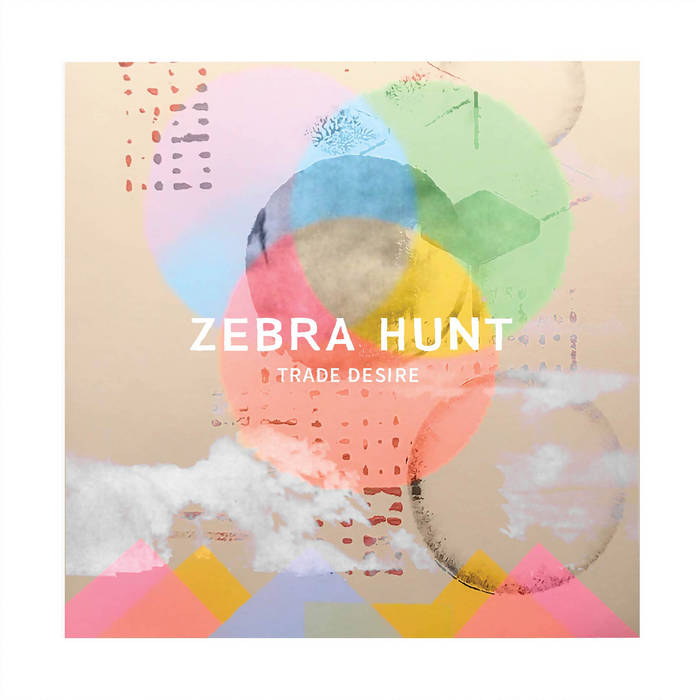 The Seattle four-piece received much praise in 2017 for “In Phrases”, an LP that led to a nine-date tour of Spain in July of that year. Excited and energized by the great response during that trip, they returned to the Pacific Northwest and over the next months started to work on a new set of songs at rehearsals and the occasional show.

If there is a theme to “Trade Desire”, it might be “Finding comfort and confidence”. When it was time to record it, the band decided to return to the same person, Robert Comitz, who recorded their first album, “City Sighs”. They have an easy time working with him, so it felt very comfortable. The mastering was done by Mikey Young.

There is a familiarity in the sound Zebra Hunt are known for in some tracks but they also had the confidence to explore new territories. Although their main influences remain (the shimmering pop of The Feelies, the Flying Nun legacy and the Paisley Underground scene), they challenged themselves to discover new approaches in composition and feel. After playing together as a four-piece for nearly four years, the band sounds like it’s fully glued together on this recording.

All songs by Zebra Hunt except 'Second One To Know' by The Fresh & Onlys (Sartin, Cohen).

Recorded and mixed by Robert Comitz at Stop / Start in Portland, OR

Bandcamp Daily  your guide to the world of Bandcamp

Interviews With Butcher Brown and Slauson Malone, plus LP of the week by SAULT.